Skip to content
Home
Blog
What is personification definition?

What does personification mean? Personification is a literary device in which human attributes and qualities are given to nonhuman or inanimate objects. For example, a sentence may say, “the old hardwood floor groaned under the weight of the heavy table.” In this sentence, the hardwood floor is personified, being given the ability to groan like a human.

The reader understands this to mean that the floor made a creaking noise when the heavy table was placed upon it. By using personification and giving the floor human-like attributes, the sentence resonates more with the reader, offering a better image of what is happening.

Writers use personification as a mean of figurative language to help to establish mood and to build imagery in a piece of writing. What personification does best is that it connects a reader with the object that is being described.

It is human nature to anthropomorphize and also give inanimate objects human characteristics in order to make them more relatable. In the previous example, when the flood groaned under the weight of the table, the reader can immediately recall a time in their life when they had to carry a heavy object, letting them feel and be more connected with the burden that the floor was carrying.

Examples of personification in a sentence

The dog’s tail moved back and forth when his owner came back from work.

The dog danced with joy when his owner came back from work.

While there’s nothing wrong with the first sentence, the second sentence connects with the reader on a more personal level because of the use of personification.

It expresses the dog’s happiness that his owner is home and allows the reader to imagine a more vivid picture of what is going on in the narrative.

When using personification, a writer should keep a few things in mind in order to convey the message that they want without confusing the reader.

First of all, an author needs to think about what kind of emotions and meanings they want to convey when using personification and whether or not those thoughts are appropriate to the description of the object.

In the example above concerning the hardwood floor groaning, it would not make sense to say that the floor sung with joy under the weight of the heavy table. Next, personification of an object or animal needs to be done consistently so that the emotion attached to it through the use of personification does not change frequently.

This can lead to confusion on the part of the reader. Finally, personification is best used in places where a reader does not expect it to happen. It is helpful to remember that personification not only creates a connection with the reader, but also highlights certain features.

Good writers use figurative language like personification to give their writing life and to connect with their audiences. By giving inanimate objects human qualities, personification helps to relate ideas and objects to people, allowing an author to convey his meaning more effectively.

What is personification definition video 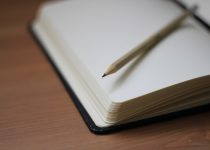 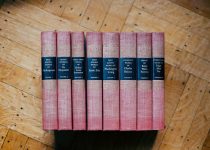 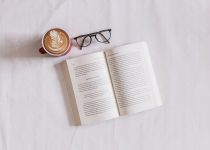