If someone says, “Joe is a turtle,” most native English speakers understand this to mean that Joe is slow. How do they make the connection between Joe being a turtle and being slow?

People know what the sentence is trying to convey because they understand the difference between figurative and literal language. They may not be aware of the exact terms, but they know how to use them. 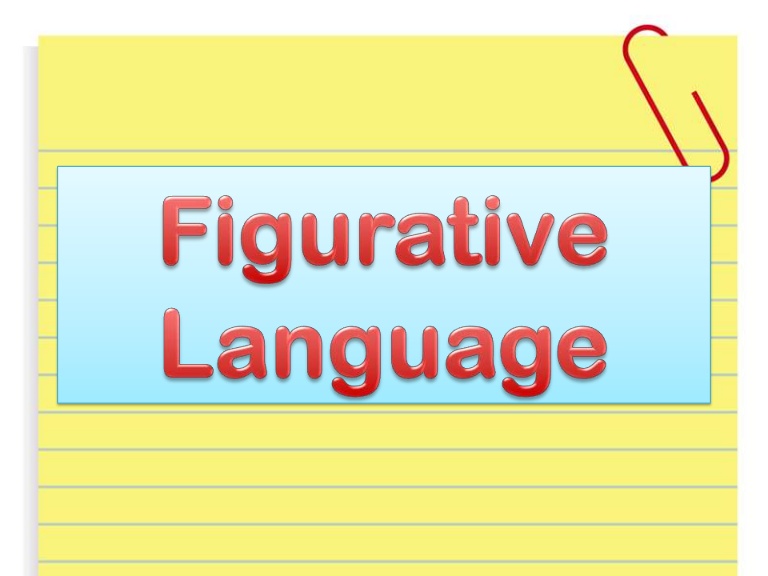 What is figurative language?

To understand what figurative language is, it is important to start with a working definition of literal language. Literal language refers to a phrase or sentence that is to be taken at face value to mean exactly what it says.

For example, if a sentence reads, “he went outside the box,” that means the man was in a box and went outside of that area to another space. Figurative language means using words to imply another meaning or to evoke an emotion.

So, the same sentence can have completely different meanings when taken either literally or figuratively.

How to define figurative language?

This begs the question of how does a person know when to take a sentence to be literal or figurative.

The key to understanding whether a phrase needs to be taken literally or figuratively is common sense. Connotation refers to how the words and sentences preceding or following the phrase in question help to place the phrase into the correct context.

For example, in the example sentence, “he went outside the box,” if the preceding sentences explained that a man was trapped inside of a box or perhaps referred to a baseball batter’s box, the reader would take that into consideration and know that the sentence should be taken literally to mean that the man actually stepped outside of a box.

If however, the sentences and words around the phrase talked about the man trying to solve a problem or using his creativity or imagination to some purpose, the phrase can and should be taken figuratively to mean that he solved a problem with unconventional means and thinking.

Using a little common sense gained from life experiences can help the reader to understand the difference.

Figurative language also includes terms like simile, metaphor, personification, and so on, but the root of the problem remains the same – figuring out the meaning of the phrase through context and connotation.

According to blog Whatt.org – by using figurative language, writers can evoke emotion and imagery from their writing that literal language just cannot provide. By doing so, figurative language makes expressing meaning through writing easier and more relatable to the reader.