Skip to content
Home
Blog
What is a Simile?

One of the best ways to make someone understand a concept or have a better idea about the nature of something is to use a comparison.

Comparisons are helpful because they can relate meanings by framing certain aspects of the objects being compared in terms with which the reader is familiar.

For example, when shopping for a new car, a buyer might ask the salesperson how the car drives. The car salesman can say a lot of things about the car’s maximum speed, handling, acceleration, and so forth, but those words and phrases have no meaning if the person buying the car has never driven a car before and has no context for comparison.

Similarly, in literature, it is helpful to convey meaning and intent to the reader by use of comparisons. One of the most common figures of speech used to compare objects is the simile.

So what does simile mean? A simile is a figure of speech that uses the words “like” or “as” to compare two unlike objects. The purpose of the simile is to give information about one object that is unknown by the reader by comparing it to something with which the reader is familiar.

For example, the simile, “Debbie is slow as a snail,” gives the reader information about Debbie’s slowness by comparing her to a snail, which is an animal known to be slow.

Similes can be either explicit or implicit depending on the way the simile is phrased. An explicit simile is a simile in which the characteristic that is being compared between the two objects is stated.

The previous example, “Debbie is slow as a snail,” is an explicit simile because it indicates what characteristic of Debbie and the snail are shared. An implicit simile is a simile in which the reader must infer what is being compared. For example, if the sentence read, “Debbie is like a snail,” it is up to the reader to determine what is meant.

Is the writer trying to say that Debbie is slow? Or is the writing meaning that Debbie is slimy? Both of these characteristics are common to snails and could possibly provide information that pertains to Debbie, but without any other context, it is impossible to know what meaning the author intended.

Similes can be used in all kinds of writing but are especially effective in poetry and fiction, where they can be used to paint images and form pictures that carry more emotion than mere words can convey.

However, a writer should guard against using familiar similes which may be considered cliché due to their overuse.

Similes are a rich way to add emotion and imagery to writing. By making comparisons between two seemingly unlike objects, authors can add insight into one or both things that might be difficult using literal language alone.

What is a Simile video 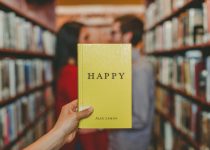