Figures of speech play an exceptional role in artistic works. Their use enhances the emotional, evaluative and semantic range of words, the expressiveness of speech. Finally, figures of speech help to determine the essence of the phenomenon and express the author’s attitude to them. Synecdoche is one of the numerous figures of speech.

How to define synecdoche?

Synecdoche is a figure of speech that occurs in literature when an object is called according to one characteristic feature, singled out as the main one for designating a given object. Synecdoche uses a part to name the whole object and vice versa.

Synecdoche Examples in a Sentence

First of all, there are many types of synecdoche:

Bring your head tomorrow – we need clear mind to think everything over.

It’s clear that a person would not bring his or head head, he/she will just come where invited.

Russia announced the winner of the contest.

The winner is announced by a host or somebody else, but not by the country. Nevertheless, it’s pretty clear for everybody and there is no need to say “The Russian host announced…’

I stayed and listened to the spring.

Spring here is the collective for the sound of leaves, bird singing, water drops and so on.

Synecdoche is considered to be a type of metonymy. Nevertheless, it’s very important not to mix up metonymy and synecdoche.

Metonymy is the way to name an object according to what this object is related to. For example, ‘crown’ is usually used to represent ‘king or queen’.

What about synecdoche, it is the way to represent an object by naming it as a part of this object or vice versa. For example, ‘I need all the hands’ means ‘I need all the workers’. 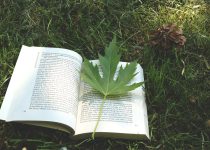