Skip to content
Home
Blog
What is prose definition and meaning?

What is prose definition and prose meaning in literature?

What does prose mean? Prose is a language form that doesn’t have formal meter structure as, for example, poetry has. Prose form  is characterized by a natural speech flow, simple grammar in sentences.

It’s really easy to define prose writing. Prose is not divided into proportional segments, its rhythm is the ratio of sentences or periods between them.

Prose was born in ancient times, and by the end of the XIX century it became the undisputed leader in literature.

Well-known artistic prose, which we learn through novels and short stories, is emotionally restrained and rich in intellectual and philosophical content.

What are the types of prose?

Prose can be divided into several groups. Consider them below:

The basis of such type of prose consists of facts and real events. The author takes responsibility for content – the presented information must be accurate and trustworthy. Nevertheless, nonfictional prose can include some fictional moments.  Examples of nonfictional prose – biography and essay.

The plot of such works is fully or partly imagined, the story is not true. So, the depicted images do not correspond to any real events in history. An example of fictional prose is novel.

These works’ characteristic feature – expressions from folk and oral tradition. Heroic prose is intended for reciting and the outstanding feature of such type of prose is formulaic expressions. Examples of heroic prose – legend and tale.

This is some kind of verse-prose mix. Such works have characteristic features of both genres – poetry and prose. Prose poetry is characterized as a short lyrical work, the text form of which is similar to prose. But at the same time such woks are melodic, they have elevated emotionality and lyrical plot. Prose poetry sometimes have even fragments of sporadic rhyming what brings it closer to poetry.

Prose is considered to be the most popular genre in literature, that is why the number of prose examples in literature is really enormous.

Be Drunk by Charles Baudelaire

Differences between prose and poetry

Prose VS Poetry: what to read

It’s a question with no answer. Of course every person should go by his or her preferences – some people like prose, some people like poetry. Both of genres can amuse, delight, scare, give information, provide some useful ideas, but everything is upon reader. And honestly speaking, the mood plays a big role. Sometimes you can find yourself in a mood for a beautiful prose, sometimes – for a horror novel.

What is prose definition and meaning video 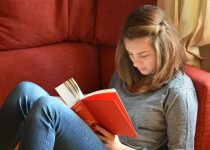 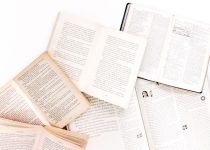